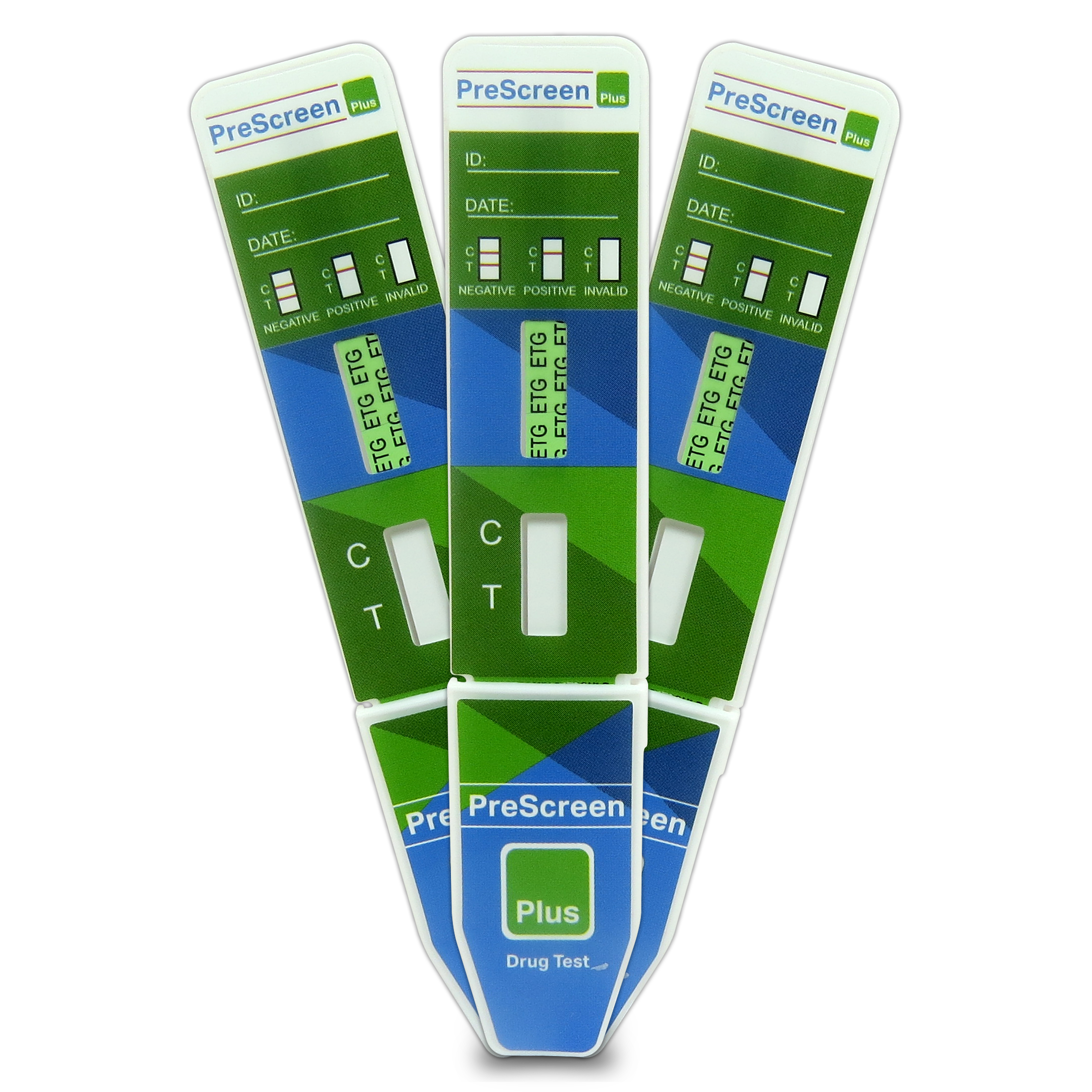 Affordable and amazingly accurate, the EtG test is perfect for hospital use, rehabilitation centers, and to detect alcohol in anyone with consistent issues.

Alcohol can be detected for up to 80 hours after ingestion

Amazing for situations where no alcohol consumption is allowed

A favorite amongst Law Enforcement and Corrections

Results available within a 5 minute timeframe

This test is for Forensic Use Only 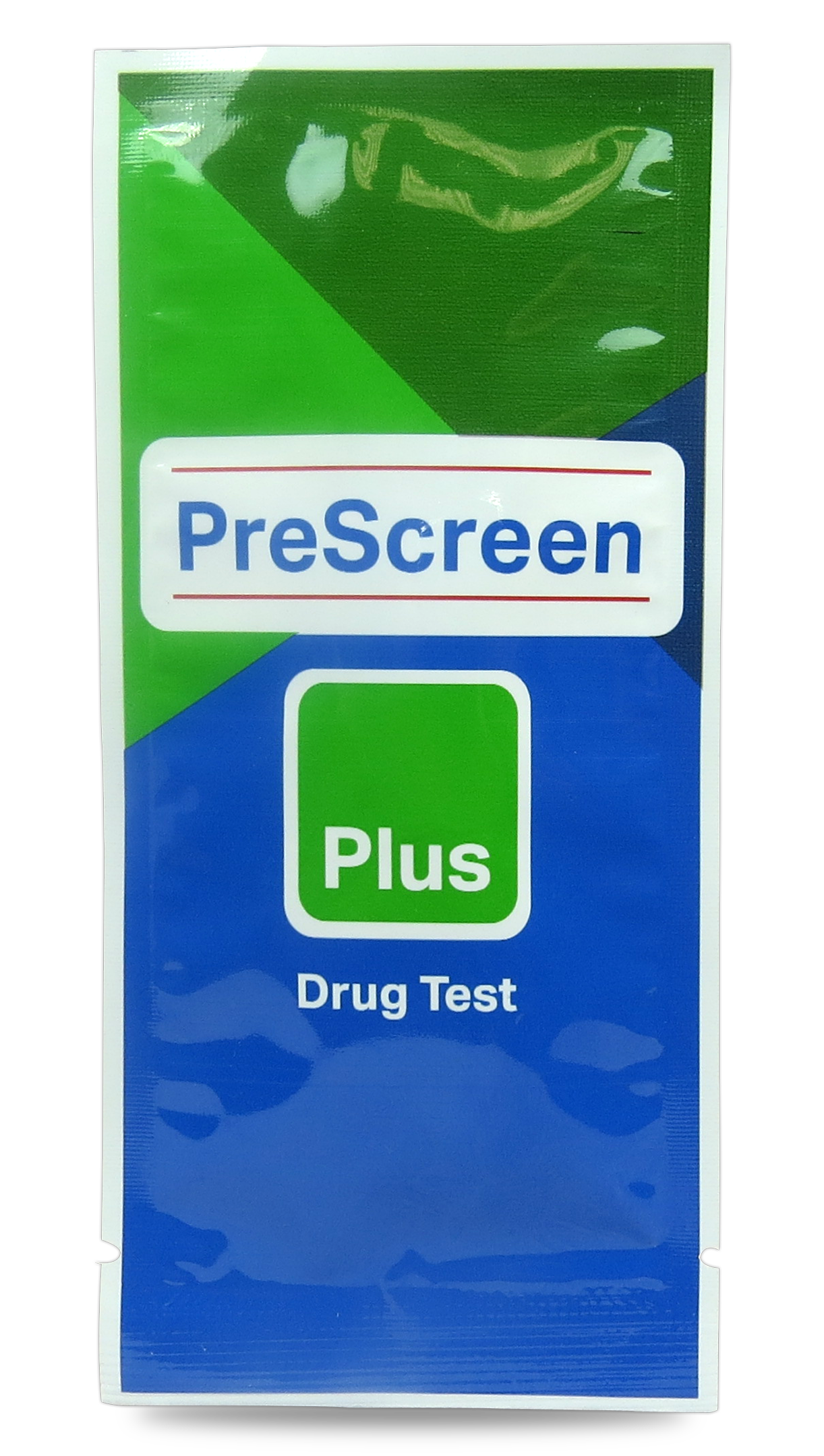 The designed cutoff concentration and direct calibrator for this drug is as follows:

The PreScreen Plus Ethyl Glucuronide test is used to obtain visual qualitative and is intended to assist in the determination of compliance. This assay provide only a preliminary analytical test result. A more specific alternative chemical method must be used in order to obtain a confirmed analytical result. Gas Chromatography/ Mass Spectrometry (GC/MS) or Liquid Chromatography/ Mass Spectrometry (LC/MS) are the preferred confirmatory method. Clinical consideration and professional judgment should be applied to any drug of abuse test result, particularly when preliminary positive results are indicated.

This product is sold in cases of 25

IMPORTANT Test device, patient’s sample, and controls should be brought to room temperature (59-86°F | 15-30°C) prior to testing. Do not open pouches until ready to perform the assay.

The PreScreen Plus Ethyl Glucuronide Drug Test Dip Card (EtG) is an inexpensive rapid response (5 minutes or less) urine test for the consumption of alcohol. Unlike breath and blood alcohol tests, the EtG Instant Alcohol Test is qualitative rather than quantitative: instead of measuring the amount of alcohol present in the body, it determines whether any alcohol was consumed in a period prior to testing.

Measuring a Biomarker vs. Measuring Alcohol

Breath and blood tests are ineffective after several hours, once the alcohol has passed out of the body. Because the EtG Instant Test Dip Card measures a metabolite or biomarker produced by the liver as it processes alcohol instead of measuring alcohol itself, the test can determine whether the subject has consumed alcohol in an up to 80 hour window before the test was administered.

It is possible for the EtG metabolite to be produced by means other than alcoholic drinks. Cough syrups, mouth washes, hand sanitizers, and food extracts can trigger the detection of low levels of EtG. However the 500 nanograms per milliliter (ng/mL) cutoff level used by our test avoids this problem, making the test extremely reliable.

Readability and Ease of Use

The EtG Instant Alcohol Test is simple to administer and easy to read. (See Procedure and Interpretation of Results tab above.) The compact dip stick design employs clear color indicators that provide unambiguous results: positive, negative, or even (rarely) invalid and requiring retesting. The test is highly tamper-resistance, which is essential for use in court-mandated alcohol monitoring programs.

Test of Choice for Informed Professionals

Because of the wide window of opportunity the EtG Instant Test Dip Card provides for determining alcohol consumption, it has become the test of choice for high-volume consumers of alcohol testing products. Drug courts, parole programs, and drug and alcohol rehabilitation programs require a steady supply of EtG instant alcohol tests for reliable, cost-effective alcohol monitoring. Any organization or institution that depends on a tamper-resistant, effective tool for abstinence monitoring turns to the EtG Instant AlcoholTest.

Drug courts and parole programs make extensive use of EtG testing tools. Convicted and paroled individuals, both for drug-related and other crimes, are often required to submit to abstinence monitoring on a regular basis as a condition of their parole.

Alcohol rehabilitation and recovery programs also employ EtG Instant Tests for abstinence monitoring. Reliability and tamper-resistance is vital to assist in avoiding relapse and ensuring accurate information for those responsible for the health and well-being of recovering individuals.

All programs of these types are in constant need of low-cost, reliable EtG testing products and seek out dependable high-volume suppliers to meet their needs. Our volume warehouse and rapid inventory response system is designed to meet the needs of those suppliers.